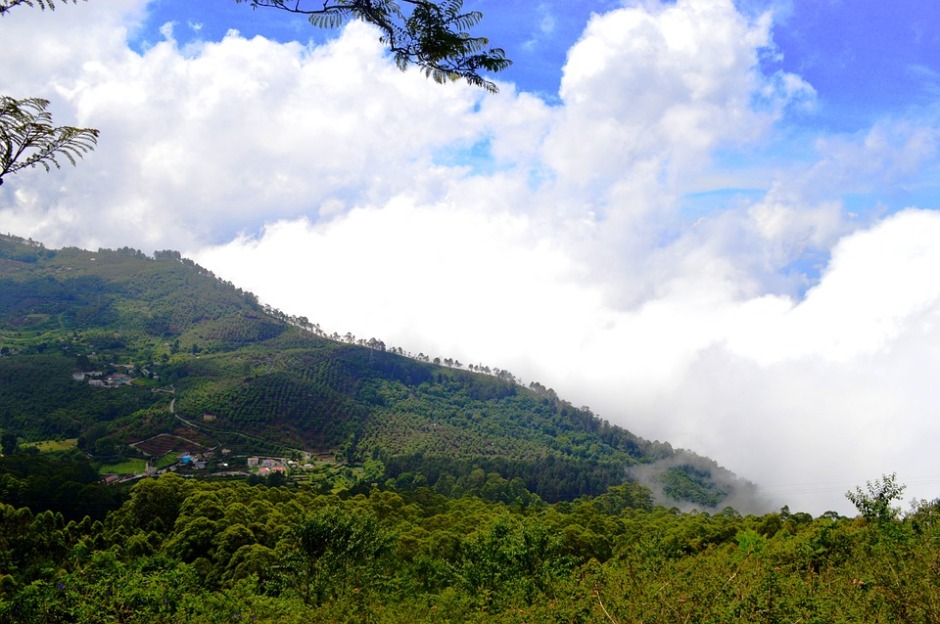 It’s 5:00 am in the morning and we are on our way to the city bus stand to go to a place, where we find ourselves relaxing by exploring some new places. But the bitter truth is we still didn’t decide where to go. We woke up early in the morning and got ready. Now we are travelling in a local bus to go to the city bus stand. And we planned to choose some destination randomly when we reach there.

The climate around here is so chill. Everyone in the world loves to roam around in this perfect time and some get the chance. I am one among them. The cold breeze around here takes me to another world. I can’t stop admiring the damn silence in the road, where I found no one. No traffic, no horns nothing, I feel peace around here.

As usual, I started dreaming and I closed my eyes, my mind orders me not to do that and within a few seconds, I opened.  As soon as I opened my eyes, I saw some horses through the window. As soon as, I saw the horses, I spelt a name without my knowledge. That is “Arulmozhi varman”, my friends replied “what?”, I blinked and immediately told them, we are going to travel to Thanjavur (Tamil Nadu, India). They don’t get my point and they thought I am blabbering due to freezing cold. And I cleared them by saying we are going to visit “Brihadeeshwarar temple”.

We three of them nodded with excitement, and they thanked me for choosing a wonderful place. And I continued saying “we are not only going to visit Thanjavur but also we are going to Thiruchi”. They both got confused, “Within one day, how it’s possible to travel to two cities if we do this, we won’t get enough time in seeing everything around there” said Harrish (one of my friend). And Anandh Karthick(An another friend of mine) nodded with him. But, I said, “I have chosen and fixed some “must visit” places in my mind and I assured them that we will get enough time there”. Everyone accepted and we happily started our journey.

As soon as I spelt the place “Brihadeeshwarar temple”, a lot of names comes to my mind. The very first name which comes to my mind is about the King of Chola dynasty, the one who built the temple. The king who lived for the welfare of the people. The king who admired and respected the art and architectural creations. The king who is loyal to his religion and devoted to his mother tongue. The King Raja Raja Cholan, one of the popular kings among the Chola emperors. During the journey to this wonderful place, a lot of memories and stories flashed into my mind. I am confused about where to begin. I want to begin by saying about the King, who is the cause for writing this article.

And you know what? Even this trip is not enough to describe him. Because he played multiple roles in his life. His journey inspired me more. Especially he likes travelling and his reverence towards art is unbelievable.

In modern times, we used to spend a separate time to travel, but in those times, later in 9th century they purposefully travelled and they passionately did that. They didn’t have automobiles like car, bike, public transport etc…, they have to travel either by horse or on foot. When I saw that horses, it reminded me of “Ponniyin selvan” (the son of the river Kaveri), who is none other than “The King of Thanjavur”.

Of a sudden, the flow of my thoughts stopped, because my friends slapped me and told me that we have reached the city bus stand. We stood up and searched for the bus to Thanjavur. We waited on that bus stand for some time. And in the meantime, I saw a beggar asking us to buy him some food. We bought some ‘idlies’ (Rice cake) and gave to him. He praised us and went with a smile. I saw the beggar sitting in the corner of the bus stand. After he finished eating, he started talking to himself. I guessed he is not only a beggar but also a mentally affected person. It made me feel worse and I just stumbled about nature. After satisfying your tummy, you start to think of the other things. Even you need food to remind you that, you are a mentally affected person. The bus came and we started our journey towards Thanjavur.

Travelling, a journey towards a need for something which we don’t get in our routine life. People travelled, still travelling and will travel forever. It’s become a part of human life. From the past to till now, It has evolved so much.

On our way to Thanjavur, we stopped near a lake to have our breakfast, the driver announced that the bus will stop here for 45 minutes. We saw a long beautiful lake; it reminds me of a lake called Veeranarayanan lake in the Kaveri delta region. The lake which glorifies the land of the Kaveri delta region. Being a delta region, we can find many lakes, pond and many water reservoirs, which make the land more fertile. We got on the bus and we started our journey.

My friend started making fun of me when I am lost in those thoughts and I have been in the present for some time. When I looked out of the window, I saw many old houses built with corridor outside their house and they built this for the trespassers. This is amazing, right? This shows the selflessness of the people. We can’t see this kind of behavior now around us, because we the people of the earth, running towards something, which makes sense to us, only in person. I think people evolved so much and they have changed.

My friends just dragged me out of the bus, when we reached Thanjavur. It’s now not the same as I had read in the book “Ponniyin selvan” written by Kalki. Once Thanjavur was the capital city of the Chola dynasty. The author described much about this capital city, the ruler focused more on the farming and the Chola dynasty was celebrated by the people as “Golden age”. He ruled for the well-being of the people. Every people in his kingdom celebrated him.

At last, we reached Thanjai peru vudaiyar kovil (Brihadeeshwarar temple), which looked like vintage architectural creation. The appearance of the temple looks odd and new for us, because of its 1000 years old temple. It’s built by the king Raja raja cholan, who loved art and creation. He respected the architectural work. Raja Raja Cholan is not like other kings, who was ambitious in war and killing many people in the battle. He was quite different and he respected his enemy’s belongings like temples, people and their beliefs. He respected those and I would like to tell you about a case study which describes the character of the King Raja Raja Cholan.

We entered inside the temple and the entrance itself wowed us. Everything around the temple is huge and big. People and many archaeologists wondered why do everything in here build so big and what inspired the ruler to build this temple?

Many of them did a case study regarding this. And they came up with two views which is acceptable. Some in the crew say, he got inspired by Buddhism architecture and some believe that in those time people were severely affected by the floods and other natural disasters. To save people life, he had built such a huge temple. And both the statements were acceptable.

Arulmozhi varman, this was the real name of the King Raja Raja Cholan. He spent his teenage being in Sri Lanka and he wanted to acquire Sri Lanka. He lived there for some years and in the meantime, he was so much inspired by Buddhism. They used to build big statues for their preacher ‘Buddha’. This made him think that he has to build a huge idol to Lord Shiva.

While defeating Sri Lanka, he didn’t destroy any of the temples there and he captured it in a different way, that no ruler had done this in their lifetime.

He was so much admired by the Tamil language and its unique grammar. Its tradition and beliefs inspired him. So, to mean it, he built an idol for Lord Shiva Linga, which is 133m in height and the gopuram of the temple, which 1330m in height, that describes the Thirukural written by Thiruvalluvar in which there are 133 chapter and 1330 couplets.

He has written each and every name of the people who helped him to build this temple. We can still find the name of many people written in the wall of the gopuram.

These are the Tamil words written in the wall of the temple and it’s 1000 years old writings.

We can’t believe that the time has dragged us so quick and we felt stuck inside this marvellous wonder. We admired them for so long and we forgot our other plans. We had no idea to leave and we decided to spend the whole day in the temple.

I can suggest that, if you are born in this world, then you must visit this place. I can no more tell you about this place because I have no words to describe it. It’s just unbelievable and amazing experience for me. If you want to know more about the King Raja Raja Cholan, you can read the book “Ponniyin selvan” written by “Kalki”.

Drop us a mail at thestrongtraveller@gmail.com (Guest Posts are welcome!).

I am Vishwa Kiran. My hobby is reading books. I love to travel and I am a Thalassophile. My aim is to become a content writer and my ambition is to become an author. I like to write and I am a serious writer.

Another post by the author: Dhanuskodi-The Dead End of India

27 thoughts on “The Wonder of Tamil Nadu”

For ‘Guest Post’ submission requests, kindly drop us a mail at thestrongtraveller@gmail.com